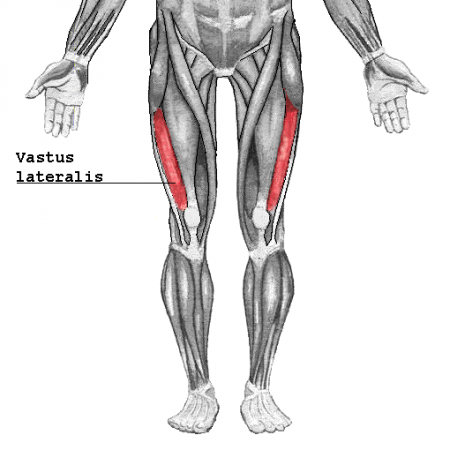 The quadriceps consist of four heads (hence the name quadriceps). The heads are: the rectus femoris, vastus lateralis, vastus medialis, and vastus intermedius.

With the exception of the rectus femoris, all of the heads of the quadriceps have one function, which is extending the knee.

That means that the quadriceps are active every time you walk or stand up. Additionally, and in conjunction with the hamstrings, the quadriceps stabilizes the knee.

The rectus femoris originates from the pelvis and inserts into the patella.

Because the rectus femoris inserts into the pelvis, it has two unique functions that it does not share with the other heads of the quadriceps. Those functions are hip flexion (bending over at the hips) and tilting your pelvis forward while your thighs are in a fixed position.

What applications does active insufficiency have toward training the rectus femoris? In short, to train the RF you must extend your knee while your hips are also extended (a standing leg extension).

The vastus lateralis, medialis (teardrop muscle), and intermedius do not warrant their own sections in this article because they all do the exact same thing, extend your knee.

The only differences between the three heads are their origin point. The vastus lateralis and medialis both originate from the linea aspera (a part of the femur). The vastus intermedius originates from the front and middle of the femur. All four heads insert into the patella.